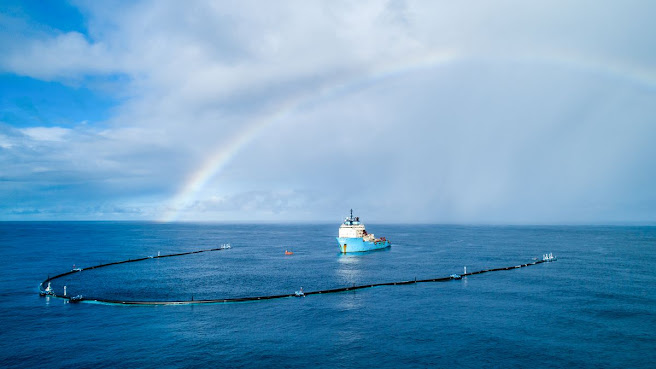 Companies around the world have turned their attention to the problem of river waste, building various barriers, fences, and wheels that help to contain and remove trash as it flows downstream.

Every year, millions of tons of plastic waste pour into the ocean, much of coming from about 1,000 hyper-polluting rivers. And with overall waste generation poised to increase over 75% by 2050, the problem is only set to worsen.

Companies that cleaning up the world's plastic choked rivers

The Ocean Cleanup is probably best known for its efforts to clean the Great Pacific Garbage Patch, an endeavor the company’s young founder Boyan Slat started pursuing in 2013 after a TED talk he gave on the topic went viral. The company is now pursuing a dual focus since it’s also built a series of river cleanup technologies.

“Our goal is to rid the oceans of plastic, and the reason why we look at rivers is because we believe it’s the fastest and most cost effective way to prevent further plastic from being emitted to the ocean,” said Slat.

The company’s first river cleanup device, called the Interceptor Original, was released in 2019. It’s a fully solar-powered barge that operates much like Baltimore’s trash wheels, just on a larger scale. Sitting at the mouth of a river, it funnels trash onto a conveyor belt and automatically distributes the waste across six giant dumpsters.

Eight Ocean Cleanup interceptors are currently installed in Indonesia, Malaysia, Vietnam, the Dominican Republic and Jamaica. Slat expects about 20 will be installed by next year, including one in Los Angeles.

India-based AlphaMERS makes another version of a simple river barrier and has 34 installations in eight different cities across the country. It’s much smaller than the Ocean Cleanup’s Trashfence, and not designed for the same extreme trash flow, but it’s still pretty heavy duty. Made of stainless steel mesh, the AlphaMERS fence floats a couple of feet above the water and dips about 16 inches below.

“The hydrodynamics and the hydrostatic of this is very simple but excellent for the job,” said AlphaMERS Founder D.C. Sekhar. “And it’s made very rugged, very heavy duty with steel chains holding it on both sides. So it’s able to withstand the monsoon flows immediately after the rain.”

Sekhar says his floating fence excels at stopping trash in rivers with fast currents, whereas designs that rely on a boom and a skirt might fail when currents pick up, since the water will instead run over the barrier, bringing trash with it.

Eight floating barriers were deployed at various points along the Cooum River in Chennai in 2017. Sekhar says they captured about 2,400 tons of plastic in their first year of operation.

The barriers are angled to direct trash toward the riverbank, where excavators have traditionally plucked the trash from rivers. AlphaMERS has been using conveyor belts instead, just like Clearwater Mills and The Ocean Cleanup.

Baltimore’s googly-eyed trash wheels, the first of which debuted in 2014, are one of the original efforts to address river waste. Built by Clearwater Mills, the company’s founder John Kellett was inspired to design the wheels after years of seeing trash pouring into the Baltimore Harbor after big storms.

“We have Mr. Trash Wheel, Captain Trash Wheel, Professor Trash Wheel and Gwynnda the Good Wheel of the West here in Baltimore,” Kellett said, citing the names of the anthropomorphized wheels which have become minor social media celebrities in the city.

The four wheels have picked up a total of about 2,000 tons of trash and debris. Sticks and leaves make up the bulk of this weight since plastic is so light, but the haul overall includes about 1.5 million plastic bottles, 1.4 million foam containers and 12.6 million cigarette butts. Everything is then incinerated in a waste-to-energy facility.

Additional trash wheels are planned for Texas, California, and even Panama, where local nonprofit Marea Verde has partnered with Clearwater Mills to build the fifth wheel in the family, named Wanda Díaz. The project is funded by the Benioff Ocean Initiative and the Coca-Cola Foundation, which together are supporting a portfolio of river cleanup projects around the world.