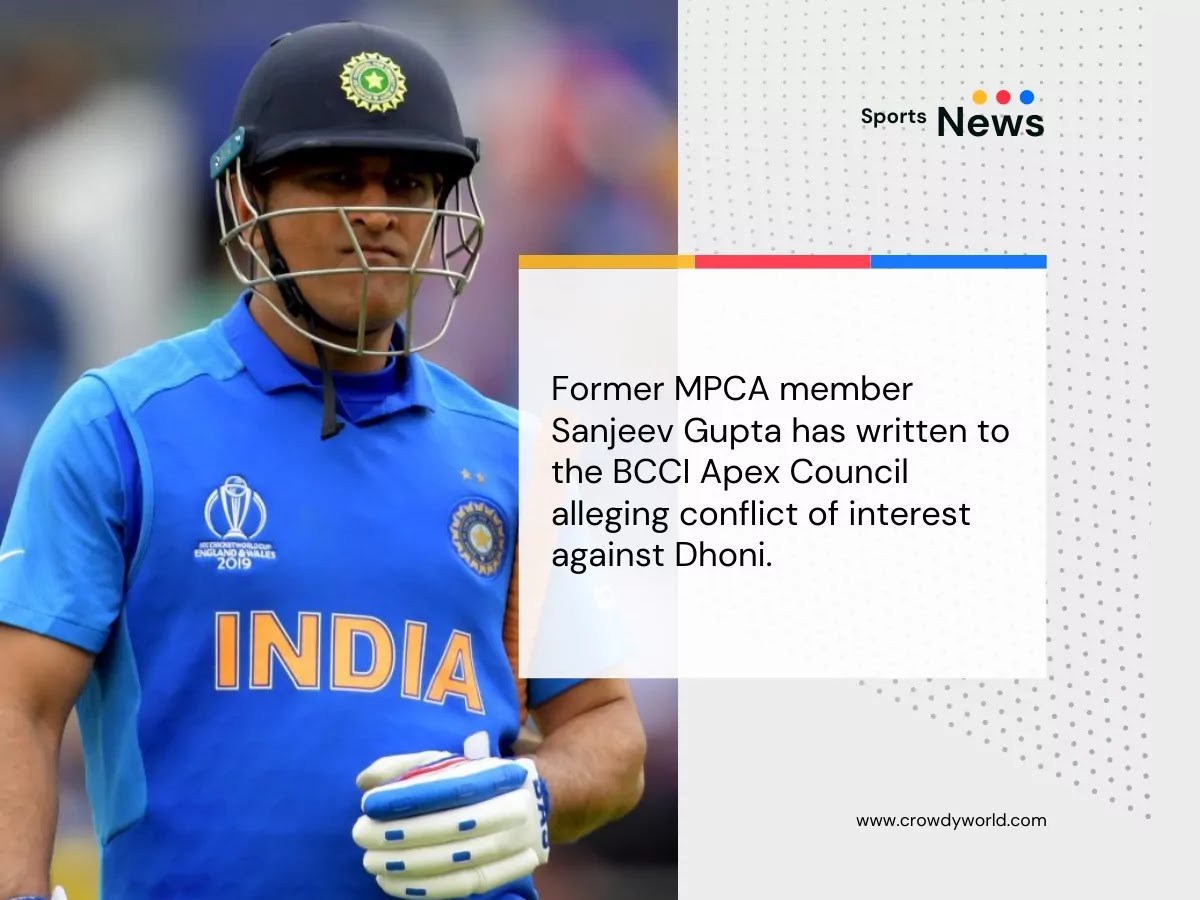 Why MS Dhoni as a Mentor?

After the Indian board designated MS Dhoni as a consultant for the forthcoming T20 World Cup on Wednesday, the Board of Control for Cricket in India (BCCI) received a conflict of interest complaint against him. Former MPCA member Sanjeev Gupta has written to the BCCI Apex Council alleging conflict of interest against Dhoni.
Also Read: IPL 2021 | MI Vs KKR | Rohit Made A Record Breaking Comeback In Abu Dhabi
A BCCI official confirmed the development and said that there is no logic behind the complaint as the team has already been selected and Dhoni will only mentor the players. Also, T20 World Cup is taking place after IPL and it is also not certain whether Dhoni will play for Chennai Super Kings in the next season.

World Cup is happening after IPL. At that time all players will be free agents as the number of players in the big auction will change with the entry of new teams. Not sure whether Dhoni will continue with CSK then. Essentially he is a senior player who is not actually playing the game. Looking at the complaints coming from predictable and frivolous logic, then Indian captain Virat Kohli should also not participate in the IPL? the officer asked.
According to another BCCI executive, things are getting to the point where no former Indian player will be permitted to play for the country." I promise you," the official continued, "if all of this continues, it will be the final nail in the coffin of Indian cricket."
Also Read: Mysterious Facts About Bermuda Triangle

Virat, Rohit and Ravi Shastri agreed with the decision

BCCI President Sourav Ganguly has thanked former captain Dhoni for accepting the role of the Indian team's mentor for the T20 World Cup to be held in UAE and Oman. Ganguly told BCCI TV, “MS Dhoni's inclusion in the team is a means for someone like him to put his knowledge to good use ahead of the T20 World Cup. I also thank Dhoni for this tournament, for helping the team and accepting the BCCI's offer."
BCCI secretary Jay Shah on Wednesday said that he had spoken to former captain Dhoni to become a mentor for the upcoming T20 World Cup and the current team management is of the same view on the decision.“In terms of MS Dhoni, I spoke with him in Dubai and he agreed to the choice, but only committed to mentor the T20 World Cup team. During the virtual news conference, Shah added, "I've been discussing this topic with my colleagues as well, and they've all come to the same conclusion."
ICC t20 World Cup MS Dhoni Sports