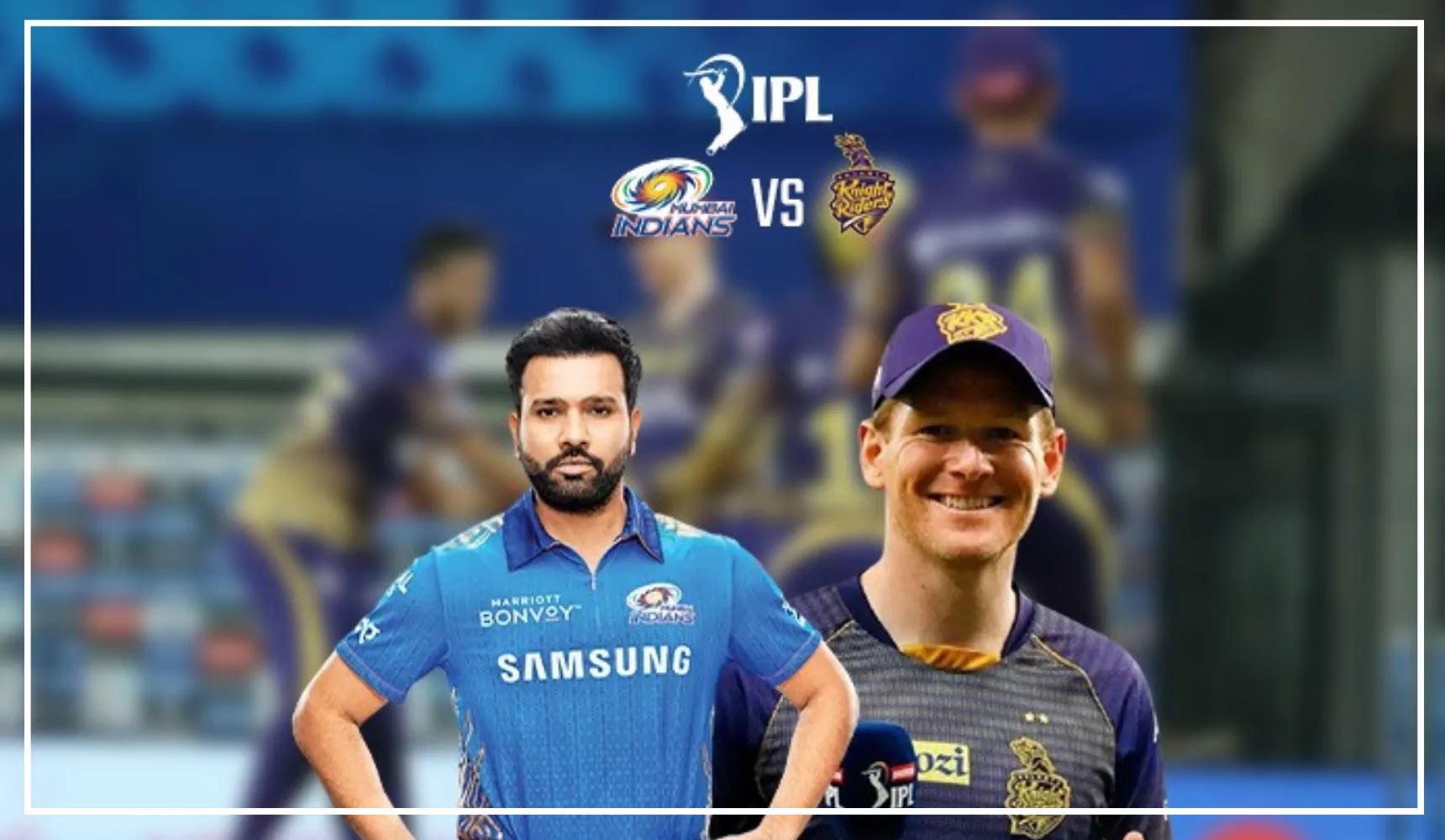 The Indian Premier League's 14th season has begun in the United Arab Emirates, with the 34th match taking place at the venue in Abu Dhabi. Rohit Sharma made his comeback as captain in this match between Mumbai Indians and Kolkata Knight Riders, and he gave the team a strong start by performing superbly in the opening match.
Kolkata Knight Riders won the toss and elected to bowl first in this match played in Abu Dhabi, and Mumbai batted first and scored 155 runs for the loss of six wickets in the allowed 20 overs.
After scoring 80 runs for the loss of only one wicket in the first ten overs, it appeared like the five-time champion side would end with a score of 170-180 runs, but the Kolkata Knight Riders bowlers produced a spectacular recovery, taking five wickets for Mumbai and allowing only 75 runs. Krishna and Lockie Ferguson, both from Kolkata, each took two wickets, but Sunil Narine only took one.

Mumbai Indians skipper Rohit Sharma (33) and Quinton de Kock (55), who was back from injury, got off to a terrific start and scored quickly to reach 75 runs in just 9 overs. Sunil Narine ended the 78-run partnership between the two men for the first wicket. Sunil Narine began the storey of his team's comeback by dismissing Rohit Sharma, who appeared to be a formidable batsman.
Also Read: Conflict Of Interest Complaint Filed For Appointment Of MS Dhoni As Mentor
Rohit Sharma faced 30 balls during this period and scored 33 runs with the help of four fours. Hitman may not have reached his half-century, but he did score 1000 runs versus KKR and 5500 runs in the IPL during this time. He was the only player in MLB history to score 1000 runs against the same opponent.

Quinton de Kock continued to advance the innings after Rohit Sharma was dismissed, scoring 55 runs in 42 balls with four fours and three sixes. At the same time, Krishna, who is best known for his work with KKR, put Mumbai on the back foot by dismissing Suryakumar Yadav (5) and then Quinton de Kock. Lockie Ferguson, on the other hand, sent Ishan Kishan (13) back to the pavilion.
Kieron Pollard did contribute 21 runs in 15 balls but the pair of Eoin Morgan and Ferguson sent him back to the pavilion after being run out. Krunal Pandya also became a victim of Ferguson's delivery on the score of 12 runs. Mumbai's team could only score 155 runs in the stipulated 20 overs and fell behind the score by about 25 runs.

After being run out by Eoin Morgan and Ferguson, Kieron Pollard contributed 21 runs in 15 balls. On a score of 12 runs, Krunal Pandya was again a victim of Ferguson's delivery. Mumbai's team only managed to score 155 runs in the allotted 20 overs, falling behind by roughly 25 runs.
IPL 2021 Sports