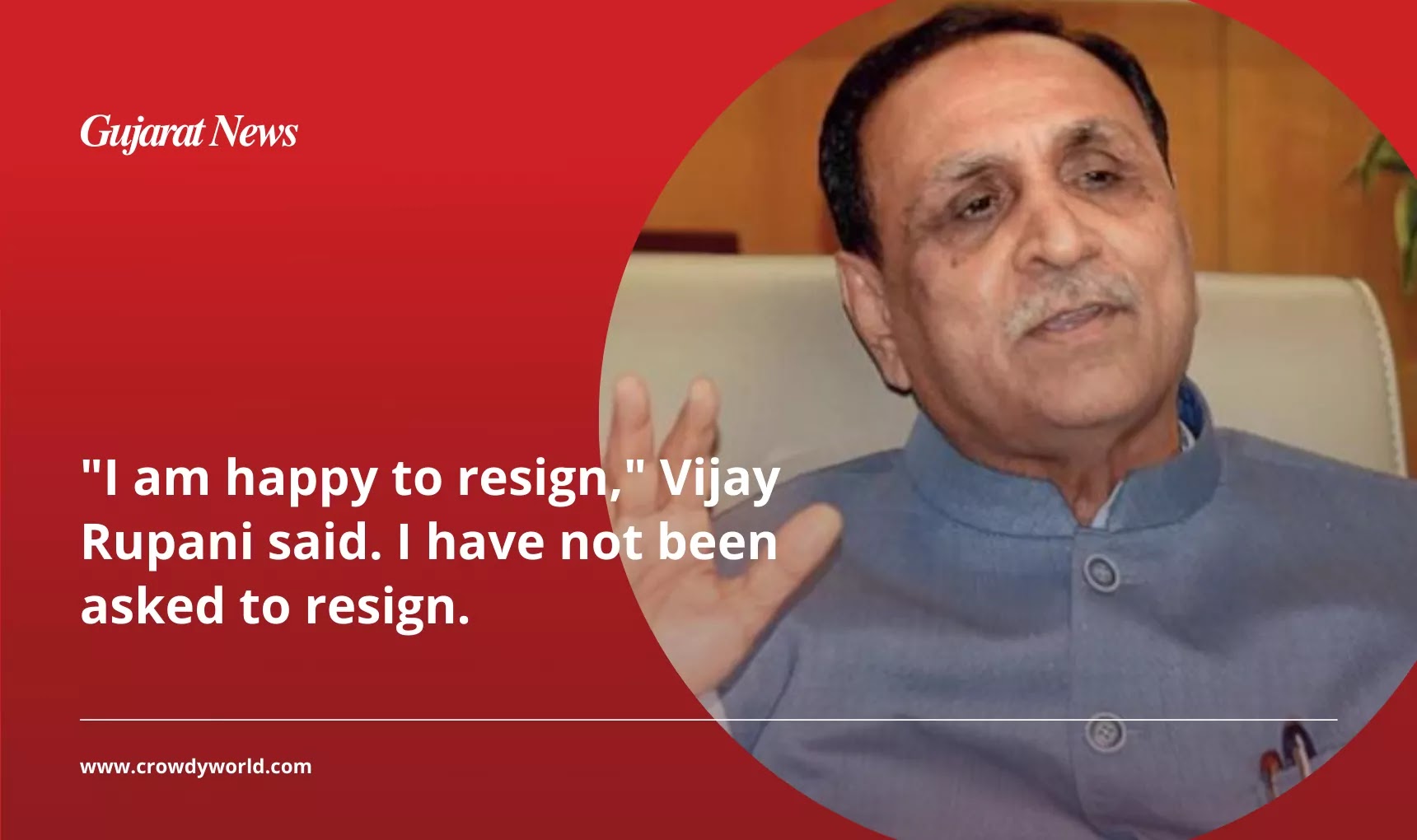 In the politics of Gujarat, there is a sudden change of old and new

Addressing the media at Raj Bhavan, Rupani said, "I thank the BJP's top Mowli Mandal for this responsibility. As Chief Minister, I have completed all of my tasks. Gujarat was put on a new development route during my time there."

"I am happy to resign," Rupani said. I have not been asked to resign. There is no conflict between me and the organization. I am a BJP man and will continue to work as an activist.

I bid farewell to the post of Chief Minister today with the hope that Gujarat will develop under new leadership and a new dimension will be created.

Also Read: Who Will Be The Winner Of The Series After The Cancellation Of Manchester Test?

However, top leaders, including Rupani, avoided giving a reason for the sudden resignation. Union Minister Mansukh Mandvia said, "I am not a contender for the post of CM." Bhupendrasinh Chudasama said that this decision has been taken after deliberation.

Union Minister Purushottam Rupala said the next strategy would be decided in a day or so. The situation will be clear by tomorrow evening. A meeting of MLAs will be convened late this evening or tomorrow morning to discuss the new Chief Minister.