-->
Home
Knowledge
Did you know The meaning and science behind the black American flag?

Did you know The meaning and science behind the black American flag? 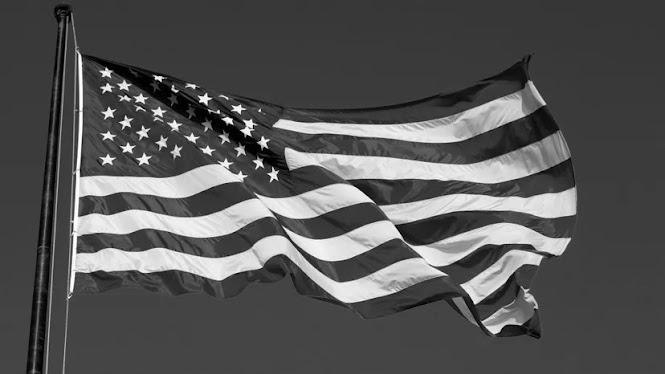 We all know that flags are beautiful, and we feel attached and patriotic. It’s a great feeling when we see that different colors are presenting our country. But every country has a flag that represents a variety of things. So, if you want to understand the meaning behind your country’s flag, it’s vital to read in-depth. In today’s writing, we specifically are going to talk about the black American flag.

What is the connotation of the black American flag?

The American flag is a beautiful thing, but it comes in different colors and variations. However, to initiate this conversation, we are going to start with the black American flag. In simple words, black flags are used by the American forces to convey a message to the enemy.

It shows that the American troops aren’t going to take prisoners during battles and wars. Thus, in common words, we use “No quarter will be given” for this situation.

We can say that the black flag is the opposite of the all-white flag. The all-white flag means surrender, but on the contrary, black American flags represent forces that will kill everyone.

These kinds of flags are entirely black, and it’s hard to see stars and stripes from the flag. Apart from this, there are other kinds of flags that use for different purposes.

The history behind the black American flag

If we look at history, it was first initiated in the 18th century as a symbol of defense. But in recent times, the meanings have changed a little bit. For instance, now people use it as s potent symbol for “Black lives matter.” Originally it first appeared during the American civil war that happened between 1861-1865. So, you can see these protests are filled with black American flags. But there are different variations in these flags. For instance:

Moreover, the flag might be in a black and white color

If you sincerely look, then you will notice the “Thin blue line” is becoming popular in the flag. So, it’s vital to know that as well.

What is the meaning of “Thin blue line” in the American flag?

Earlier, we discussed that there is a minor difference between black and all-white American flags. We also mentioned there is a thin blue line in the flag. However, it means that authorities give significant and support to law enforcement.

For instance, police officers choose a challenging profession. So, if you fly the flag, then it means you are acknowledging and recognizing their efforts. Apart from this, it’s an acknowledgment for the police officers who have died in the line of duty. But it’s a reality that the flag has sparked many controversies, and critics argued a lot about this. In recent times, we see it as a symbol of Black Lives Matter that has become a popular variation of the flag.

The red and black flag represents something rock or solid. However, the US punk rock singers use black and red flags as their album cover. The original design includes patterns that start with stripes that end with dark ones. Moreover, it’s also vital to keep in mind that flags use the red shade that is a bit brighter than the color we usually see. So, if someone is using black & red flags, then we can easily say they are a fan of punk rock music.

The black and grey flag originated from Washington in 2015, and the main aim was to support the “Man million march.” In this event, a considerable number of black men gathered to promote black Americans’ unity and family values. However, the event took place near the national mall, and the attendance was around 1 million. We can say it is a different kind of gathering that world witnessed with so many people.

Apart from this, other types of flags include colors like orange, black, and green instead of white, purple, red, etc. These colors came into existence in 1970-1980, and the colors are borrowed from the painting of Jasper Johns. However, the main aim of this flag was to honor antiwar moratorium marches. Apart from this, you all know the history behind the all-white and black American flag. But it would help if you remember that the American flag went through many changes over the years. If you see, you will notice the difference between the number of stars and the design of stripes.