-->
Home
Food & Drinks
Surprising things you can do with beer

Surprising things you can do with beer 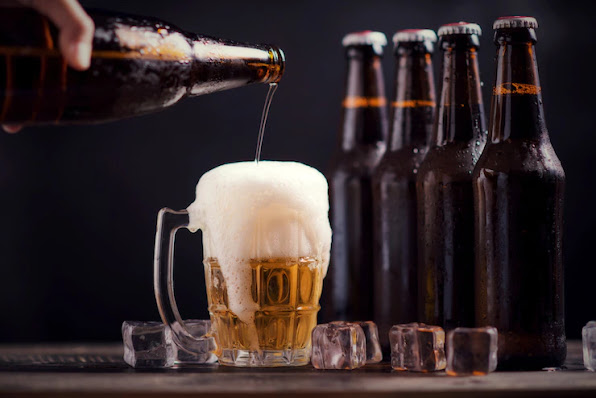 Beer is so good that you should be able to do more with it than just drink it then flush it away. If you thought that beer was just a drink, think again. Beer production dates back over 5,000 years, so it's natural that humans have found many other uses for it.

Instead of sipping a beer, try soaking in it. Pour a bottle of German Badebier in the tub and lie back for a real bubble bath.

Although certainly not as effective as a real fire extinguisher, a can or bottle of beer can mimic one if none is available. Simply shake and spritz. After all, beer is mostly water. This works on small grill flare-ups, and some people have been known to carry an emergency can in their car in case of engine fire. Or at least that's what they tell the state troopers.

Boil some beer to remove the alcohol, let it cool down, mix it with shampoo, and voila! This beer hack can be great for dull hair.

Beer is slightly acidic—and that makes it an excellent meat tenderizer, says Linda Omichinski, R.D., a nutritionist. This allows you to enjoy leaner cuts that otherwise might be too tough. Beer also won't alter the meat's flavor as much as wine- and vinegar-based marinades do. Poke a few holes in the meat, put it in a Tupperware container or a large resealable bag, and add beer.

As you've undoubtedly noticed, beer is a diuretic. It helps flush the kidneys and bladder. This can be beneficial if you're suffering from a bladder infection or kidney stone. "You can drink water or cranberry juice, but beer also works, " says Larry L. Alexander, M.D., medical director of Central Florida Regional Hospital's emergency department. " It helps dilate the ureters, which may help you pass a stone quicker and easier. Plus, the alcohol will take the edge off the pain. " But don't drink beer if you're taking antibiotics or narcotic pain medications. You'll render the drugs useless and make yourself sick.

Forget volleyball and croquet. At your next party, lay a large vinyl tarp on a slope, then make it slick with lots of beer. Have your friends strip down to their underwear or swim trunks, get a running start, and slide downhill on their butts.

John Palmer, a hypertensive home-brewer and engineer in Monrovia, California, puts a handful of dried hops or hops pellets in a coffeemaker and brews them with hot water. It makes for a bitter tea, but he claims it brings his blood pressure back to normal within 10 minutes by dilating the capillaries.

Slugs aren't the only pests with a fatal attraction to beer. According to Neil Herbst, owner of the Alley Kat Brewing Company in Edmonton, Alberta, you can also trap mice with it. He recommends setting out a few small pails or bowls of beer, with a small ramp leading up to the lip. The mice will be attracted by the smell, hop in, drink their fill, then be unable to climb out.

Beer has been traditionally used to polish copper vats in breweries, and you too can use it to polish your own pots.

Beer is made up of 90 to 95% water, so if you're having a cold one and need to put out a fire quickly, just use beer instead of water.