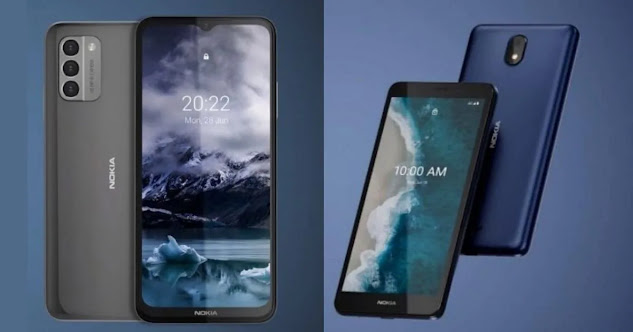 Nokia, under the banner of HMD Global, will be launching two new Phones from its  G-series lineup pretty soon in India.

The upcoming Nokia phones are named, Nokia-G11 and Nokia G11plus. Both devices are categorised as entry-level smartphones.Out of two handsets, the Nokia-G11Plus looks the most promising phone, as it offers 64GB of internal memory, 4GB of ram, and Android 12 out of the box.

In contrast, the Nokia-G11 only offers 32GB of internal storage, along with 3GB of ram in the selected market, with the support of 2 years old Android 11.But none of the phones supports 5g bands and offers only 4g connectivity.

The handset also comes with a 3.5mm headphone jack.The G11Plus sports a polycarbonate frame with a 6.52inches IPS LCD with a 90Hz refresh rate.

The handset runs on an entry level Unisoc T606 chipset, a 12nm architecture with an octa-core CPU and Mali-G571 MP1 GPU.

The G11Plus has a dual camera setup on the rear with 50MP wide and 2MP depth sensors. The selfie camera produces images from an 8MP sensor.G11plus is powered by a 5,000 mAH battery.

The next in line is NOKIA G11. This device has almost the same specs as its plus version, but it lacks in the Camera sensors department.Though the rear offers a triple camera sensor, the camera setup is powered by just 13, 2, and 2MP sensors.

The G11 runs on a two years old Android 11 Operating System. The device has a display that has a 90Hz refresh rate and gives three days of battery backup after a full charge.

The G11Plus and G11 are available in two colors, Charcoal Grey and Ice Blue.Both devices, which are almost similar in features, soon hit the Indian market in August. The expected price is  Rs 12,999 for the Plus version and Rs 11,990 for the G11.

On its official website, Nokia mentioned that Nokia G11Plus receives a total of 36 security updates,  and the G11 will receive two-year of OS updates and three-year of security patch updates.