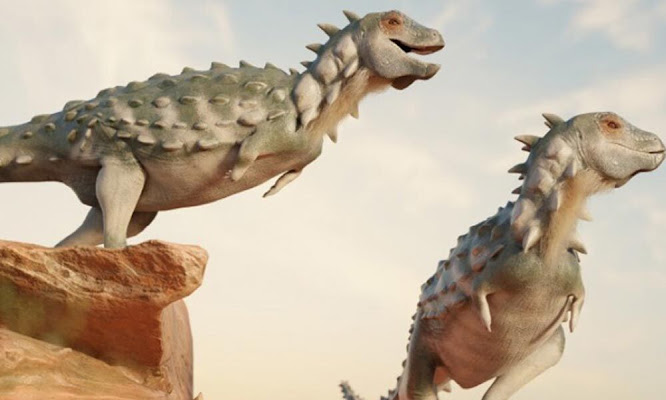 Fossils of a small, prickly dinosaur recently discovered in South America may represent an entire lineage of armored dinosaurs previously unknown to science.

The newly discovered species, Jakapil kaniukura, looks like a primitive relative of armored dinosaurs like Ankylosaurus or Stegosaurus, but it came from the Cretaceous, the last era of the dinosaurs, and lived between 97 million and 94 million years ago.

That means a whole lineage of armored dinosaurs lived in the Southern Hemisphere but had gone completely undetected until now, paleontologists reported in a new study.

J. kaniukura weighed about as much as a house cat and had a row of protective spines running from its neck to its tail and probably grew to about 5 feet (1.5 meters) long. It was a plant eater, with leaf-shaped teeth similar to those of Stegosaurus.

Paleontologists at the Félix de Azara Natural History Foundation in Argentina uncovered a partial skeleton of a subadult J. kaniukura in the Río Negro province in northern Patagonia.

The dinosaur likely walked upright and sported a short beak capable of delivering a strong bite. It probably would have been able to eat tough, woody vegetation, the researchers reported Thursday (Aug. 11) in the journal Scientific Reports.

The new dinosaur joins Stegosaurus, Ankylosaurus, and other armor-backed dinosaurs in a group called Thyreophora.

Most thyreophorans are known from the Northern Hemisphere, and the fossils from the earliest members of this group are found mostly in Jurassic-period rocks from North America and Europe from about 201 million years ago to 163 million years ago.

It was also surprising that this ancient lineage of thyreophorans survived all the way into the Late Cretaceous in South America, they added.

In the Northern Hemisphere, these older types of thyreophorans seem to have gone extinct by the Middle Jurassic.

On the southern supercontinent Gondwana, however, they apparently survived well into the Cretaceous. (Later thyreophorans survived longer. Ankylosaurus, for example, went extinct with the rest of the nonavian dinosaurs 66 million years ago.)

The name "Jakapil" comes from a word meaning "shield bearer" in the Puelchean or northern Tehuelchean Indigenous language of Argentina. "Kanikura" comes from the words meaning "crest" and "stone" in the Indigenous Mapudungun language. 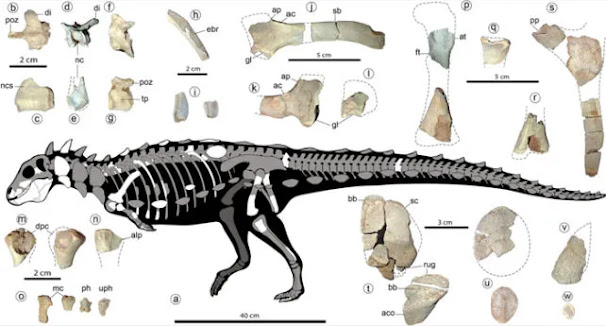 Why White And Yellow Lines Are Made On The Roads?

Did you Know Why ROADS are always BLACK in colour ??