-->
Home
MYSTERIOUS
Historical mysteries that will probably never get resolved

Historical mysteries that will probably never get resolved 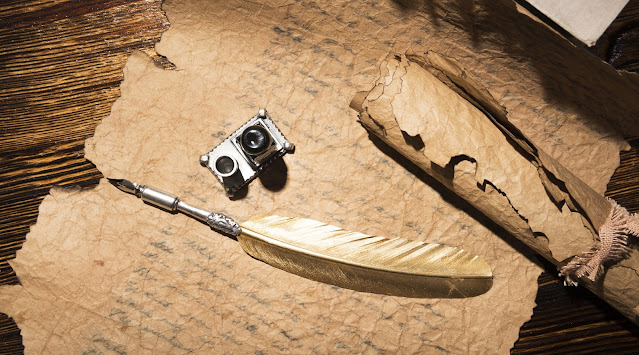 When was Jesus born?

While many Christians celebrate December 25 as the birth of Jesus, he was likely not born on this day. The date was probably chosen because it was close to Saturnalia, a Roman festival that celebrated the god Saturn. Early Christians were never able to agree on a date when Jesus was born, which is why Orthodox Christians celebrate his birthday on January 6 or 7. In the end, we will never precisely know the date of his birth.

The earliest surviving gospels date to almost 100 years after the life of Jesus. This has left biblical scholars with a number of questions. How many of the stories actually took place? When were the gospels written? And what was Jesus like in real life? Archaeological investigations of Nazareth, Jesus' hometown, reveal more about the environment where he grew up in than his personality. Scholars believe it's unlikely that we'll ever fully know what Jesus was really like.

Where is Cleopatra's tomb?

Some speculate that Cleopatra and her lover, Mark Antony, were buried together in a tomb after their deaths in 30 BCE. However, the location of the tomb remains a mystery. In 2010, Zahi Hawass, Egypt's former antiquities minister, conducted excavations at a site near Alexandria. The location contained several tombs dating back to Cleopatra's rule. However, her tomb was not found.

Is there a money pit on Oak Island?

For over two centuries, rumors have circulated that Oak Island, located off Nova Scotia, Canada, has a pit with hidden money and other treasures. Supposedly left there by the pirate Captain William Kidd (1645-1701), countless expeditions have traveled to the island in search of lost treasure. Of course, without any luck.

Where is the Holy Grail?

The Holy Grail is the cup that Jesus drank from at his last supper with his disciples. It has never been found and almost certainly never will be. Interest in it grew in the Middle Ages, after stories about King Arthur described the search for the Holy Grail. Today, it continues to be popular in fiction, and it was even used in the plot of the 1989 film 'Indiana Jones and the Last Crusade.'

Philosopher Plato once told a story of a land named Atlantis that existed in the Atlantic Ocean, The people of Atlantis apparently conquered much of Europe and Africa, but the Athenians managed to strike back in a conflict that saw Atlantis vanish under the waves. Did Atlantis exist?

No serious scholars believe that this story is true. However, some have speculated that it might have been inspired by real events that happened in Greek history. For example, the Minoan civilization, who lived on the island of Crete until about 1400 BCE, could have inspired the story of Atlantis.

What Happened To The Isabella Stewart Gardner Museum Paintings?

In 1990, the museum was robbed. This theft is actually considered to be the biggest one in art history. Two thieves came in pretending to be police officers and managed to take 13 paintings worth half a billion dollars.

Among the works was one of Johannes Vermeer’s works The Concert (c. 1664), and Rembrandt’s only known seascape The Storm On The Sea Of Galilee (1633). The paintings never resurfaced and the Vermeer one is actually considered to be the most valuable unrecovered painting at over $200 million.

The Meaning Of The Text In The Voynich Manuscript

The Voynich manuscript is an illustrated codex from the early 15th century that nobody can decipher because it doesn’t correspond with any known writing system. The illustrations show various herbs, diagrams suggestive of astronomy or astrology, as well as apparent recipes and pictures of naked women.

Both the illustrations and the text are confusing, but that hasn't stopped researchers from having hypotheses about what is the purpose of the manuscript. Overall the manuscript resembles something similar to a medicine book, but it might well be a hoax.

Where The Sumerians Came From

Sumer is the earliest known civilization that was located in the historical region of southern Mesopotamia (current Iraq). Sumerians were the first to use a written language, they invented a number system, the first wheeled vehicles, sun-dried bricks, and irrigation for farming.

But historians are not completely sure where they came from. They had an isolated language, meaning it was not related to other surrounding languages, so that makes it difficult to trace their journey. So they suggest that Sumerians might have come from North Africa, while according to some other data, they might have originated in the Caucasus.

There are even more theories and that just shows how mysterious the origins of the people who created the first human civilization are.