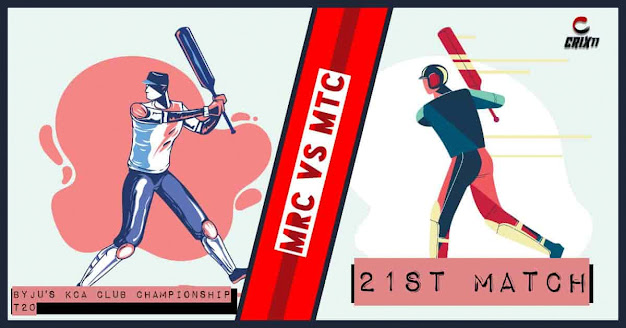 The 21st match of the BYJU’S KCA Club Championship T20 will see Masters-RCC facing off against Masters Cricket Club on 11th May at the Sanatana Dharma College Ground.

This game is scheduled to start at 9:00 AM IST and live score and commentary can be seen on FanCode and CricketAddictor website.

The temperature is expected to hover around 29°C on the matchday with 84% humidity and 15 km/hr wind speed. There are no chances of precipitation during the game.

The surface at the Sanatana Dharma College Ground furnishes a neutral wicket where both the departments are expected to receive decent amount of help from the surface. Spinners will be important in the middle overs.

Suggested Playing XI No.1 for MRC vs MTC Dream11 Team: