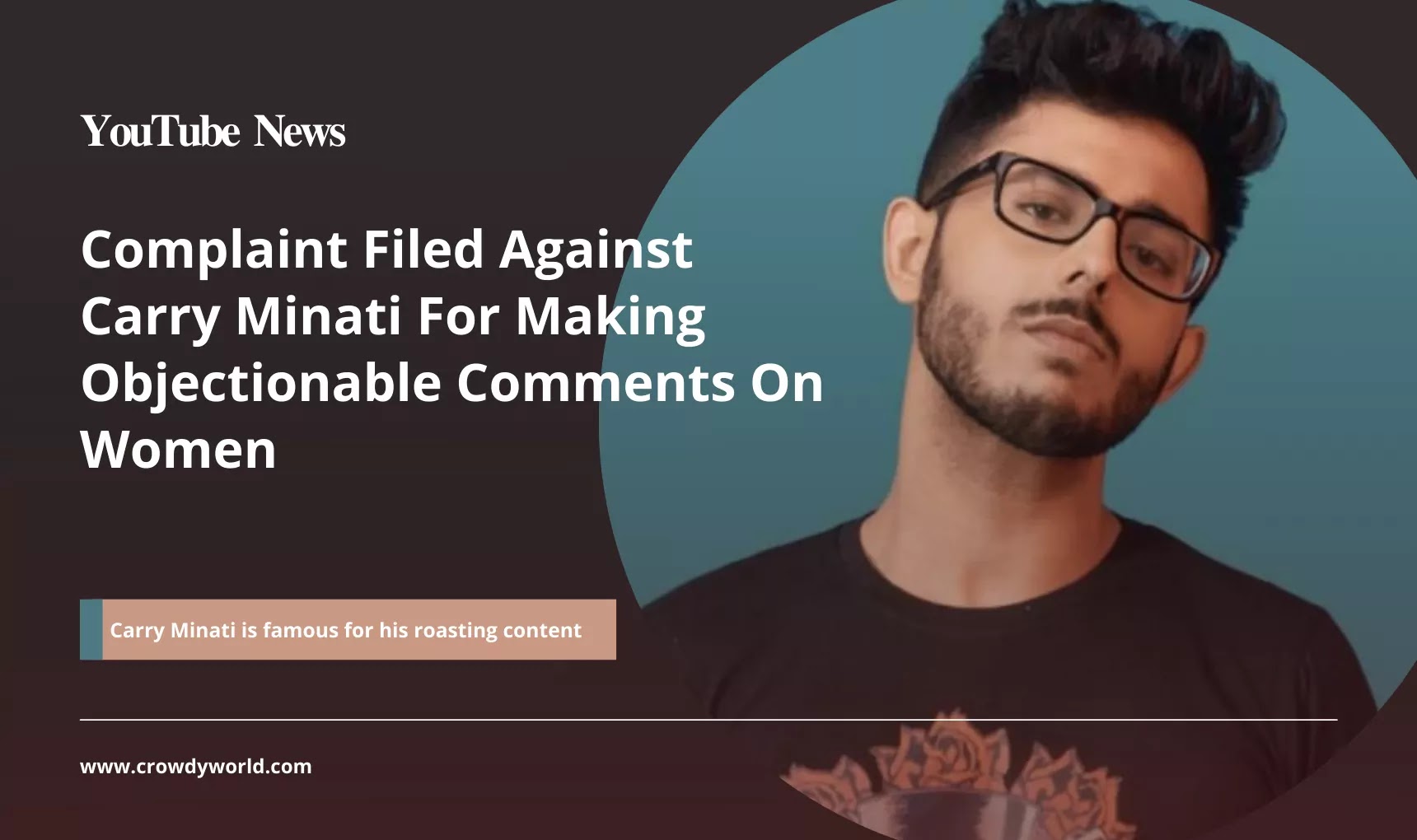 One of the biggest YouTubers of India, Ajay Nagar aka Carry Minati has been accused of making derogatory remarks against women in his roast videos. A complaint has been filed against him by a Delhi-based lawyer, Gaurav Gulati.

The complaint has been registered under sections 354, 509, 293 and 3/6/7 relating to "indecent representation of women".

According to reports, Gulati in his complaint accused the YouTuber of making sexually coloured remarks against women, publishing objectionable content on her YouTube, vulgarizing and representing women and obscene language about women on her YouTube channel. And accused of publishing gestures.

Also Read: These 5 Countries Do Not Have Their Own Currency | 2021

Carry Minati has more than 30 million subscribers on YouTube. The 20-year-old started his career with game commentary and later went on to make roast videos on well-known topics, which made him popular among the youth. He is also going to debut in Bollywood with Ajay Devgan's film May Day.

A Delhi-based lawyer, Gaurav Gulati, has filed a case against CarryMinati for “making sexually coloured remarks against women, publishing objectionable content on his Youtube, roasting and representing women in an indecent manner and publishing obscene language. pic.twitter.com/KbdslfEBqP