These 5 Countries Do Not Have Their Own Currency | 2021 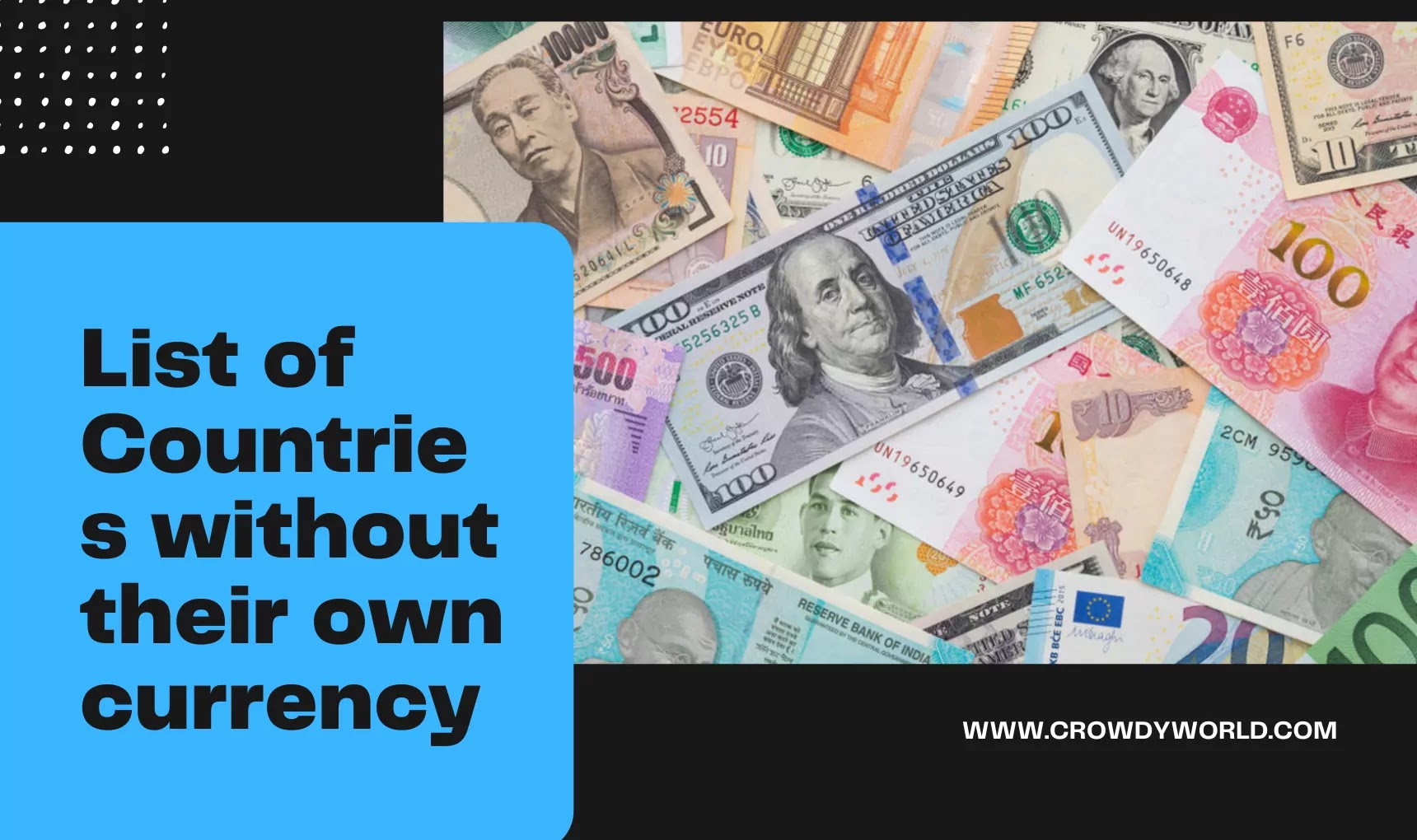 Do you know which are the countries of the world that do not have their own currency?

Every country has its own official currency i.e. currency, such as Rupee in India, Dollar in America and Euro in European countries. If it is heard that there are some countries in the world, which do not have any currency of their own, then it will feel a bit strange or it will seem as if it is a joke. but it's not like that. This is completely true.

Today I have brought for you information about those countries, which do not have any currency of their own.

Let us know about those countries:

The Republic of Zimbabwe, located in South Africa, faced a serious economic crisis in 2009. Due to the high debt, it had to liquidate its currency. Here the currency of South Africa is Rand, British Pound, Euro, Yen, Rupee, US and Australian Dollar.

Located in South America, Ecuador is mainly dependent on its oil resources. After being hit by a serious economic crisis in the year 2000, the economy here could never emerge. It went into debt, due to which it had to liquidate its currency. US Dollar is now valid here.

Nauru is an island nation located in the South Pacific Ocean. It is the smallest island nation in the world, with an area of ​​only 8.1 square miles. The population here is only 10 thousand. This is a country that has no capital, no army and no currency. For many years it remained under Germany. During the First World War, Australia got it free with the help of the Allied countries. Since then the Australian currency dollar is valid here.

Located in the European continent, Monaco is the second smallest country in the world. The population here is only 37 thousand. It is a country dependent on France and here only the currency of France, Euro is valid.

Panama is a country in Central America. In 1903, with the help of America, it separated from the Colombian union and became an independent nation. Since the agreement between the US and Panama regarding the Panama Canal, the US dollar is in circulation here and the economy here is completely dependent on the US dollar.