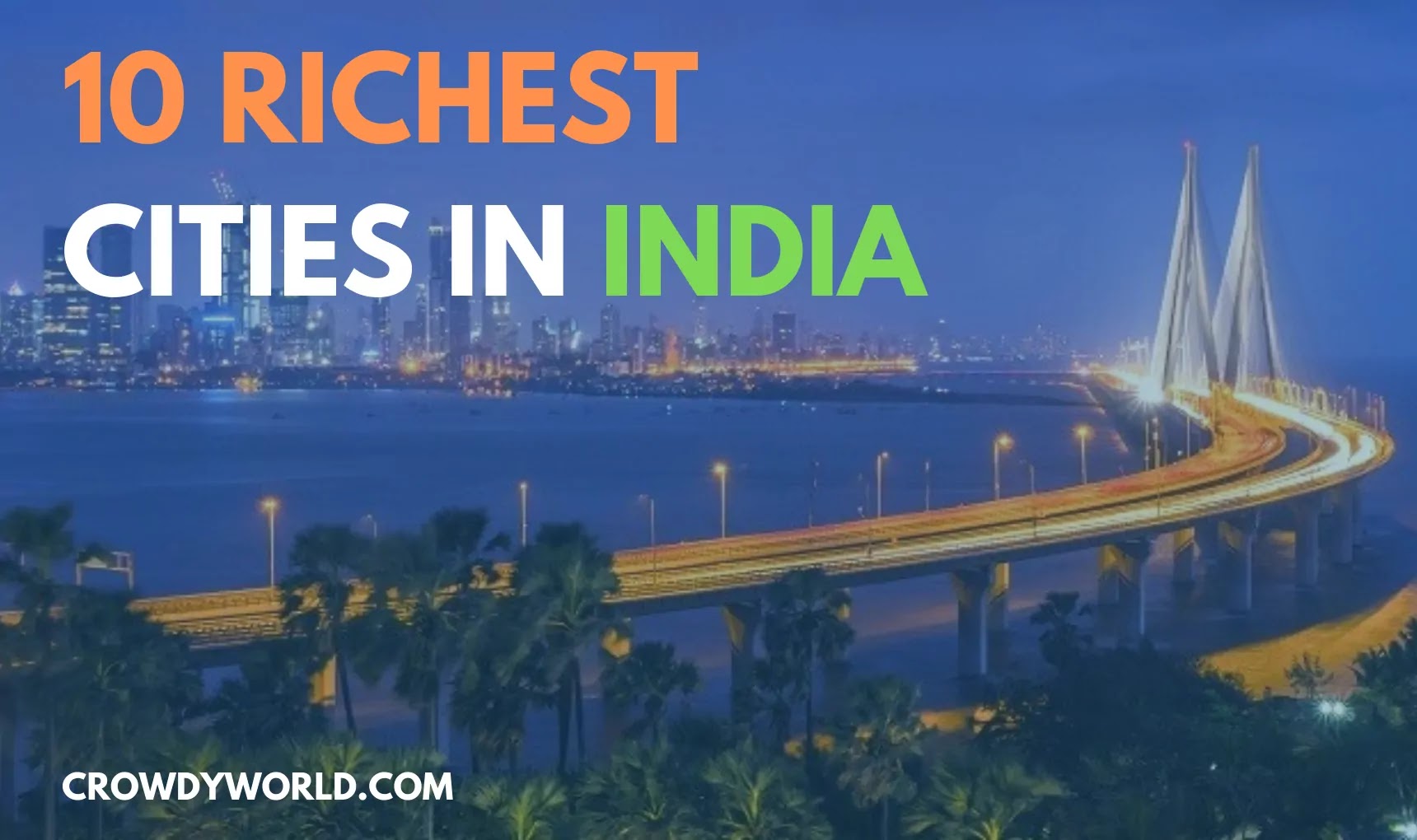 Which of these 10 wealthiest cities in India do you belong to?

A report released by the Central Statistics Office on 31 August has revealed that India's GDP has fallen sharply. India's economists are very concerned about this and it is being debated openly. However, economists are of the opinion that there are 7 positive changes in the economy, leading to GDP growth from the next quarter. By the way, the GDP of each city in India is different. Let us know about the 10 richest cities in India in 2021 - Visakhapatnam, Surat, Pune, Ahmedabad, Chennai, Hyderabad, Bengaluru, Kolkata, Delhi, and Mumbai.

10. Visakhapatnam - The City of Port

Visakhapatnam has a GDP of 1.6 lakh crores. Visakhapatnam is one of the fourth largest potashriyas in India, situated north of the mouth of the Godavari River on the northern government bank of Andhra Pradesh. There is a large scale trade here, its GDP is 26 billion US dollars.

Surat city of Gujarat is known for diamonds. . Surat is considered to be the country's largest diamond exporting city. It is known all over the world for its diamonds. Tell us that 90% of India's diamond is exported from Surat. The city is growing at a rapid pace with a GDP of $ 40 billion. But in terms of GDP, it comes at number 9.

Pune is in the eighth position in India's richest city, Maharashtra's second most important city after Mumbai. It also contributes to India's GDP, Pune has a total GDP of $ 48 billion. There live 4,500 millionaires and 5 billionaires.

Ahmedabad, the capital of Gujarat, is emerging as an economic and industrial hub. With this, the city is considered to be the largest exporter of denim, gems, and jewellery, with a GDP of US $ 64 billion.

Chennai, the most important city of South India, comes in sixth place on this list. Chennai is the capital of Tamil Nadu. The city is financially sound. It has a GDP of US dollar 66 billion. There live 6,600 millionaires and 4 billionaires.

Hyderabad, which is number four, is considered to be a very famous city, where you get to see all kinds of services. Hyderabad has 9,000 millionaires and 6 billionaires, while in terms of total GDP, Hyderabad ranks fourth with $ 74 billion.

It is fourth on the list of rich cities. Bengaluru, the city identified for technology, is ranked third. Many big tech companies of the world work here. There are 7,700 millionaires and 8 billionaires here, while the total GDP of Bangalore is 83 billion dollars.

Kolkata city of West Bengal is at number three in the list of rich cities. Kolkata, one of the largest cities in the country, is also a fairly wealthy city. Tell that before Delhi, Kolkata used to be the capital of India, later the capital was shifted from Kolkata to Delhi by the British. There are 9,600 millionaires in Kolkata and 4 billionaires live there. The total GDP of Kolkata is estimated at $ 150 billion.

Delhi, the capital of the country comes second in this list, Delhi also has very rich people. Also, its biggest contribution has been in the service sector. According to a report, the number of millionaires in Delhi is 23,000 and that of billionaires is 18. The total GDP of Delhi is estimated at $ 167 billion.

Mumbai, considered the financial capital of the country, is the richest city in India. Mumbai has the highest number of rich people in the country, apart from this, Mumbai, which is called the entertainment hub, is far ahead of other cities in every region. Mumbai has 46,000 millionaires and 28 billionaires, while its total GDP is estimated at $ 209 billion (billion). It stands at the 12th position as the richest city in the world.

So now you must have known about the 10 richest cities in India. Mumbai, the first place, is the economic capital of India as it contributes the most to the country's GDP. Mumbai is considered to be the hub of Indian cinema, ie Bollywood. The production house of most of the films of the country is present in Mumbai, this city also comes in the list of India's largest cities according to population.