-->
Home
Devotional
Who Was the Buddha? How Siddhartha Gautama Became Buddha

Who Was the Buddha? How Siddhartha Gautama Became Buddha 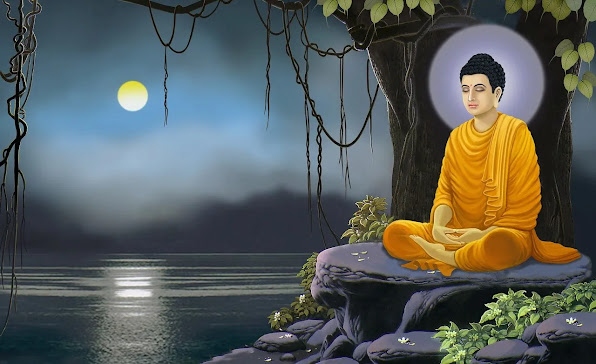 Buddhism continues to captivate more and more people around the world, but who founded this religion? Was he a man, god, or myth? To better understand this system of belief and its culture, check out this introduction to the Buddha’s life, teachings, and legacy.

Legends abound concerning the Buddha’s life, but most historians now agree that they were inspired by a real man. The ancient Indian spiritual teacher who established the principles of a new religious philosophy, now known as Buddhism, was named Siddhartha Gautama. His teachings are still practised to this day.

Siddhartha Gautama is believed to have been born in the mid6th century B.C.E. in Lumbini near the town of Kapilavastu in present-day Nepal. His father, Suddhodana Gautama, ruled the powerful Shakya clan. His mother, Queen Maya, died shortly after his birth. Very little about the Buddha’s youth has been historically proven.

At the time of Siddhartha Gautama’s birth, a number of thinkers were beginning to question the dominant religion, Hinduism. They began to doubt the authority of its texts and the priests’ claims that social hierarchies were part of the divine order. Reformers were eager to find a way to escape the recurrent suffering and death of reincarnation, creating an atmosphere conducive to the emergence of new religious interpretations.

A prophecy predicted that the Shakya ruler’s newborn child would become either a powerful king or a great spiritual master. Preferring the former, Siddhartha Gautama’s father decided to raise his son in the opulence of the palace, providing him with a refined education and preventing him from knowing the misery of the outside world.

At the age of 29, perhaps as a result of bereavement, Siddhartha Gautama ventured into the outside world for the first time and encountered human suffering. After realizing that nothing could protect him from old age, illness, or death, he set out on a spiritual quest. Dressed in a simple tunic, Siddhartha travelled as a beggar through northern India to attain awakening. The photo shows the famous Buddha head emerging from the roots of a tree at the Wat Mahathat temple in Thailand.

The future Buddha first lived as a wandering ascetic looking for a way to break the chain of successive reincarnations and reach nirvaṇa. He adopted a very strict lifestyle, depriving himself of all material goods, practising meditation for long hours, and eating and sleeping very little. This practice made him so weak he nearly died.

The Buddha’s austere and penitent life helped him realize that neither extreme asceticism nor the pursuit of material pleasures could stop suffering. He then developed a practice and way of life that he called the Middle Way. Moderation and balance would henceforth be part of his teaching.

After 49 days of meditation at the foot of a fig tree, Siddhartha became awakened (or bodhi). Essentially, he had identified the source of earthly suffering and how to eradicate it. Siddhartha then took the name Buddha, which means “one who has awakened” to the truth. The fig tree, located in Bodh Gaya, India, is now known as the Bodhi tree.

Shortly after awakening, the Buddha delivered his first sermon before five ascetics, who then became his first disciples, founding his monastic community. The Buddha revealed the basis of his philosophy, known as the Four Noble Truths, namely that life is suffering, that the origin of suffering is attachment, that the end of suffering is attainable, and that there is a path to ending suffering.

Buddha spent the rest of his life preaching his doctrine (the dharma) throughout the Ganges basin. He achieved numerous conversions and organized a community of monks. Note that anyone can become a Buddhist, no matter their caste or origin. At the time, Hinduism had been criticized for adhering to a caste system.

The Buddha died in Kusinagar (present-day Nepal), in the early 5th century B.C.E. at the age of about 80. His body was cremated and his ashes were distributed among his disciples who placed them in eight stupas (funeral monuments), located at important sites in the Buddha’s life.

India’s Emperor Ashoka (3rd century B.C.E.) is credited with spreading the Buddha’s teachings. After converting to Buddhism himself, he proclaimed messages of tolerance and non-violence throughout his empire. During his reign, he sent missionaries throughout Asia to teach the Buddha’s message, which was particularly well received in Sri Lanka, China, Thailand, and Korea. The photo shows the great stupa of Sanchi, built during the reign of Emperor Ashoka.

There are more than 506 million Buddhists around the world today. Most of them are in Asia, but large communities also live in the United States, Canada, France, and Germany. Buddhism began spreading westward in the 19th century from colonized Asian countries followed by emigrant Asian communities.