-->
Home
BUSINESS
WHAT IS BEAR MARKET? what that means Wall Street is in a bear market.

WHAT IS BEAR MARKET? what that means Wall Street is in a bear market. 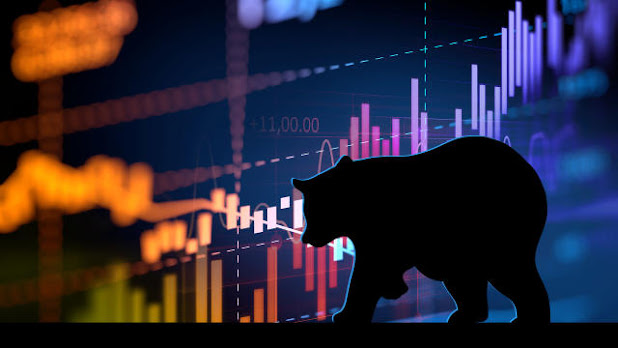 A bear market is a term used by Wall Street when an index like the S&P 500, the Dow Jones Industrial Average, or even an individual stock, has fallen 20% or more from a recent high for a sustained period of time.

Why use a bear to represent a market slump? Bears hibernate, so bears represent a market that’s retreating, said Sam Stovall, chief investment strategist at CFRA. In contrast, Wall Street’s nickname for a surging stock market is a bull market, because bulls charge, Stovall said.

The Dow industrials sank 2.8% and the tech-heavy Nasdaq composite, which already was in a bear market, tumbled 4.7%.

Rising interest rates, high inflation, the war in Ukraine and a slowdown in China’s economy have led investors to reconsider what they’re willing to pay for a wide range of stocks, from high-flying tech companies to traditional automakers. Big swings have become commonplace and Monday was no exception.

The last bear market happened just two years ago, but this would still be a first for those investors that got their start trading on their phones during the pandemic. Thanks in large part to extraordinary actions by the Federal Reserve, stocks have for years seemed to go largely in only one direction: up.

The “buy the dip” rallying cry after every market slide has grown fainter after stinging losses and severe plunges in risky assets like cryptocurrencies. Bitcoin fell below $23,000 on Monday. The price for Bitcoin neared $68,000 late last year.

HOW LONG DO BEAR MARKETS LAST AND HOW DEEP DO THEY GO?

History shows that the faster an index enters into a bear market, the shallower they tend to be. Historically, stocks have taken 251 days (8.3 months) to fall into a bear market. When the S&P 500 has fallen 20% at a faster clip, the index has averaged a loss of 28%.