-->
Home
BUSINESS
Things to know before the market opens today

Things to know before the market opens today 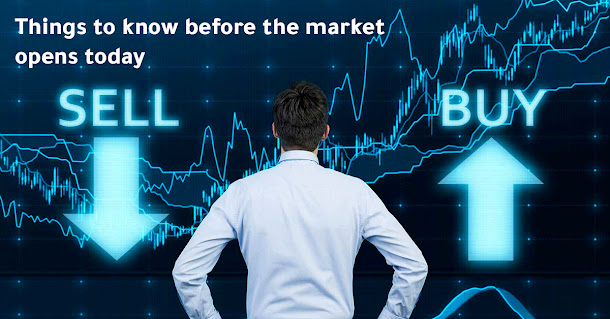 Asian Markets:
Shares in Asia-Pacific largely declined  in the May 6 morning trade after an overnight drop on Wall Street sent the Dow Jones Industrial Average to its worst day since 2020. Hong Kong’s Hang Seng index led losses regionally as it fell 2.45 percent. In mainland China, the Shanghai Composite slipped 1.41% while the Shenzhen Component shed 1.728 percent.

SGX Nifty:
Trends on SGX Nifty indicate a gap-down opening for the broader index in India with a loss of 256 points. The Nifty futures were trading around 16,435 levels on the Singaporean exchange.

Oil falls as demand concerns weigh against tight supply:
Oil prices dipped at the start of Asian trade on May 6 as worries about an economic downturn that could dampen demand for crude vied with concerns over new sanctions from the European Union against Russia, including an embargo on crude oil.

LIC IPO updates:
On the second day of bidding, issue was subscribed 1.03 times, Policyholders 3.11 times, Staff 2.21 times, Retail 93 percent, QIB 40 percent & NII 47 percent. The government will be selling a 3.5 percent stake entirely through an offer for sale (OFS). Of which 10 percent of the shares are reserved for LIC policyholders and 0.7 percent for LIC employees. Also, 31.25 percent is reserved for household (retail) investors.

The MPC, in a surprise move on May 4, hiked the repo rate by 40 basis points to 4.40 percent and increased the Cash Reserve Ratio (CRR) by 50 basis points on concerns over high inflation. A 100 basis point is equal to one percentage point.

BoE flags risk of recession and 10 percent inflation as it raises rates again:
The Bank of England sent a stark warning that Britain risks a double-whammy of a recession and inflation above 10 percent as it raised interest rates on May 5 to their highest since 2009, hiking by quarter of a percentage point to 1 percent. The pound fell by more than a cent against the US dollar to hit its lowest level since mid-2020, below $1.24, as the gloominess of the BoE's new forecasts for the world's fifth-largest economy caught investors by surprise.

The BoE said it was also worried about the impact of renewed COVID-19 lockdowns in China which threaten to hit supply chains again and add to inflation pressures.

New claims for US unemployment benefits increased to a more than two-month high last week, but remained at a level consistent with tightening labor market conditions and further wage gains that could keep inflation hot for a while.

The report from the Labor Department on May 5 also showed the number of Americans collecting state unemployment checks was the smallest in more than 52 years towards the end of April. Economists brushed off last week's increase in initial claims, arguing that the data are volatile around moving holidays like Easter, Passover and school spring breaks.

Initial claims for state unemployment benefits rose 19,000 to a seasonally adjusted 200,000 for the week ended April 30, the highest since mid-February. Economists polled by Reuters had forecast 182,000 applications for the latest week.